IDAHO FALLS — Hours after Hurricane Ian slammed into Florida three weeks ago, Melaleuca Executive Chairman Frank VanderSloot was trying to figure out how to help those affected by the massive storm.

He asked his leadership team in Idaho Falls to load up the corporate jet with 34 electric generators, power strips, gas cans and 1,000 bottles of Sol-U-Mel, a cleaning product. As this was being coordinated, VanderSloot personally called Melaleuca customers in Florida to see how they were doing.

“My phone lit up (with a text) and it said, ‘Hey Sarah. This is Frank VanderSloot. Call me,'” recalls Sarah Rankin, a Melaleuca customer who lives in Bradenton, Florida. “When I called him, his first question was, ‘How are you? How is the family? How’s the house? What’s going on? How bad is it?’ Then he went on to apologize because he didn’t call sooner.”

VanderSloot asked if Rankin could make her way to the airport in Naples the next day and pick up some generators and other supplies to distribute to those in need. She agreed and 48 hours after the hurricane made landfall, the jam-packed jet left Idaho Falls for Florida. 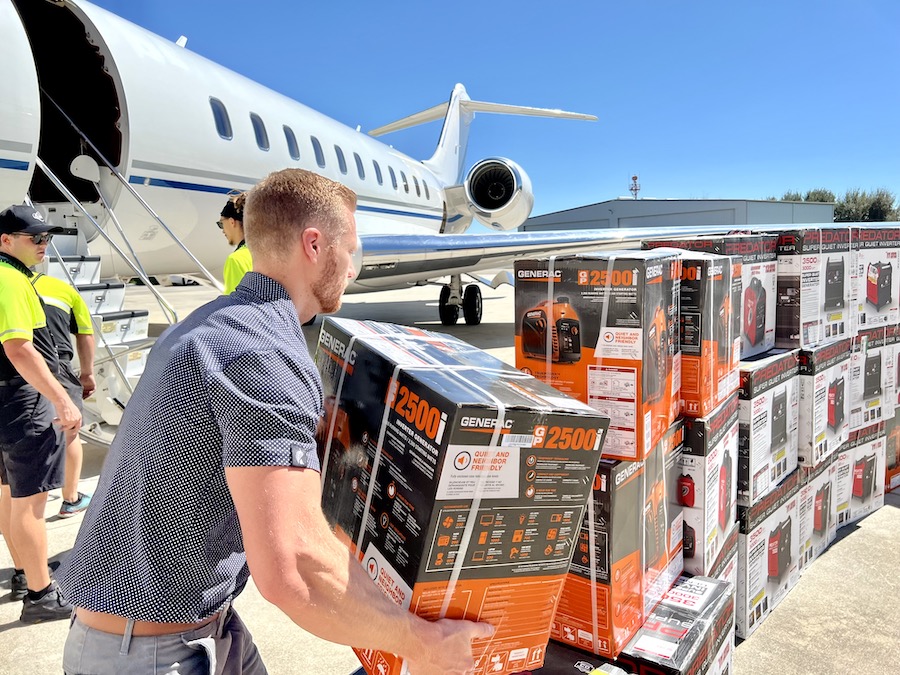 “We had trucks and vans ready to go on the runway about 45 minutes to an hour before the plane arrived,” Rankin tells EastIdahoNews.com. “Frank told me boots on the ground is the way he knows how to respond and my initial response was why is somebody in Idaho so concerned about us Floridians? It truly is an insight into the heart of the company and into Frank – how much they care for the little guys.”

The plane touched down on Sunday, Oct. 2 and other Melaleuca customers joined Rankin in picking up the supplies. They loaded up their vehicles and began distributing the items to families throughout Cape Coral, Fort Myers, North Port, Arcadia and Naples. 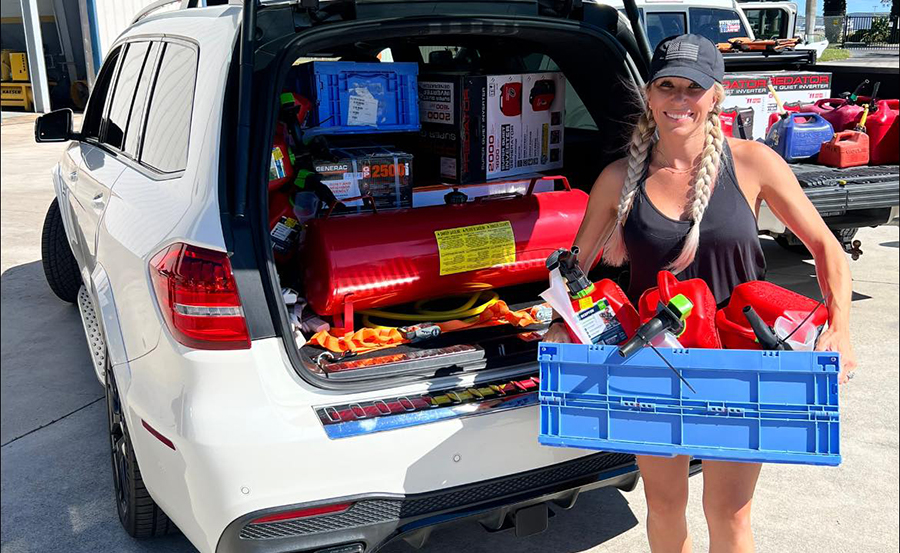 Sarah Rankin loaded up her vehicle with supplies delivered from Melaleuca and distributed them to families in need. | Courtesy Sarah Rankin

By the end of Monday, Oct. 3, all the generators and other items were in the hands of those in need.

“The generators are now running medical devices that serve the elderly and disabled, powering refrigerators to feed the hungry, and charging devices to enable communications,” Melaleuca CEO Jerry Felton says. “The Melaleuca products are restoring homes and cleaning up messes that were initially thought to be insurmountable.”

Rankin and her husband Josh Rankin went to North Port and dropped off generators to appreciative families. Word spread on social media about what Melaleuca was doing, and a concerned woman contacted Rankin and asked her if she could take a generator to her 86-year-old grandparents in Venice.

“We said, ‘Let’s go save the day!’ and met Ron and Marjorie,” Rankin says. “They had only been eating what was available at the gas station and were so gracious and thankful. Ron said, ‘Why would a good ole boy in Idaho be worried about us in Florida?'” 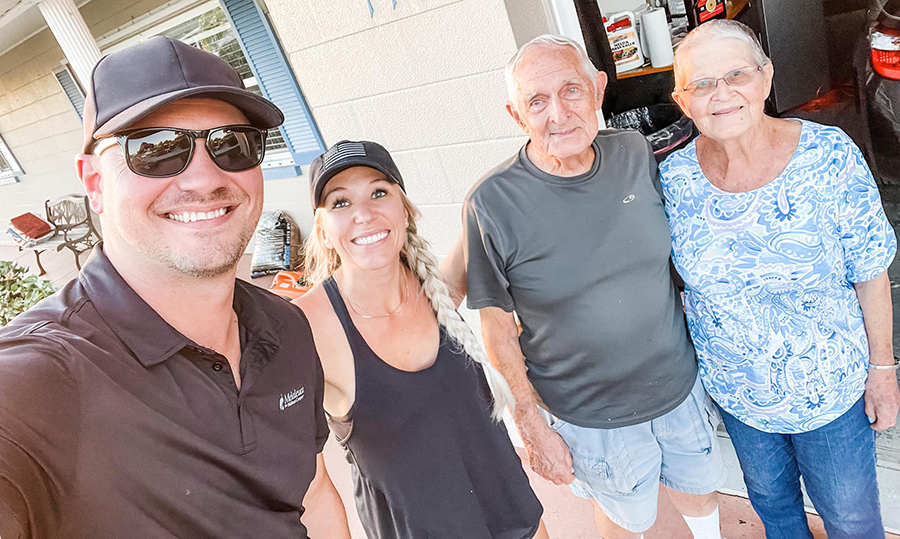 Sarah and Josh Rankin delivered a generator to an elderly couple without electricity. | Courtesy Sarah Rankin

Since delivering the generators, Melaleuca has also paid for a truckload of bottled water to make its way to the victims of Pine Island, donated a variety of food, hygiene, and cleaning products through Christ Community Church in Naples and provided over $30,000 worth of snacks to people in temporary shelters through the American Red Cross.

“Melaleuca is a valued, long-standing partner of the Red Cross on many fronts and especially now as we respond to Hurricane Ian,” says Nicole Sirak Irwin, American Red Cross of Greater Idaho and Montana CEO. “They are a great partner who impacts countless lives.”

Rankin says many of the generators she delivered weeks ago have since been passed on to others in need as electricity is being restored to the original recipients. She is thankful to have played a part in helping Melaleuca help others during the catastrophe.

“What I’ve come to know about Frank and Melaleuca is they do all the good they can, by all the means they can, all the times they can, for all the people that they can,” Rankin says.