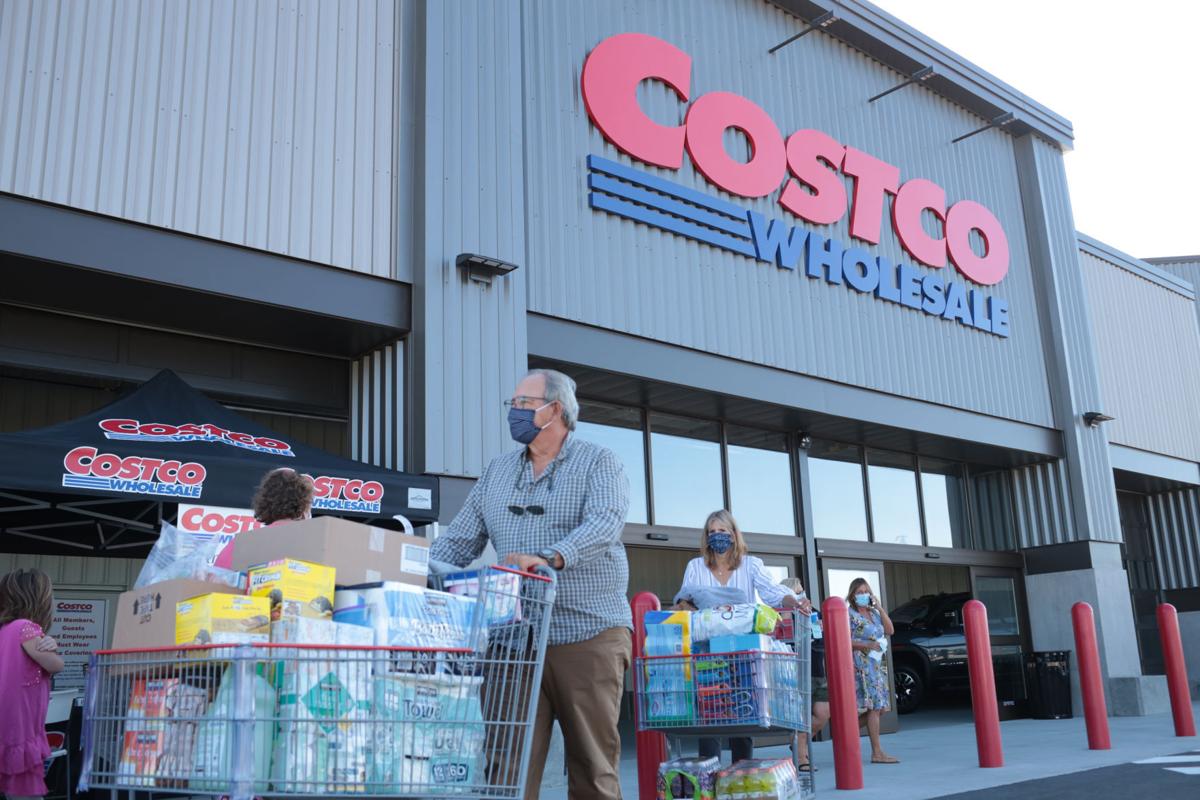 Shoppers make their way through Costco during its opening day on Friday, August 14, 2020.

Costco in Idaho Falls is officially open. Its opening kicked off with a Chamber of Commerce ribbon-cutting ceremony on Friday morning.

As opening day went on, the new store saw a packed parking lot and lines in front of the building to buy memberships at one of the many sign-up tables.

Some people just wanted to stop by to see the place. Others had multiple carts overflowing with their purchases.

Kristi Parker recently renewed her Costco membership when she heard the Idaho Falls location would be opening. She had held one before but canceled it a year ago.

“Driving to Pocatello just got to be too far,” Parker said.

For another local resident, Kara Petersen, this is her first time as a Costco membership. She decided she had to get one since it is just two minutes from her house.